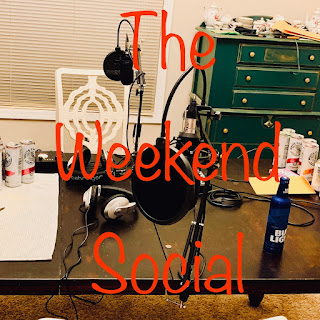 The Chisler and E-Money invite Mr. Clean to the first official episode of the Weekend Social! Mr. Clean and E-Money’s long standing friendship is discussed, Mr. Clean gives some fatherly advice, the Chisler contemplates the effect of creating Mortal Kombat 11 on it’s developers, Bruce Willis gets booed by the Philadelphia Phillies, Kim Kardashian is skin shamed, E-Money reveals his own skin troubles, White Claws and it’s drinkers are judged, E-Money’s experience with Chantix, and when we all are about to go off the reservation AND the rails, we wrap it up with a nail-biting trivia/drinking game, the Weekend Social Showdown!

Bruce Willis Gets Booed by Phillies Fans After Throwing Out the First Pitch
https://www.etonline.com/bruce-willis-gets-booed-by-phillies-fans-after-throwing-out-the-first-pitch-125377

Kim Kardashian Responds to Tabloid That Body-Shamed for Her Psoriasis
https://finance.yahoo.com/news/kim-kardashian-responds-tabloid-body-164521570.html
Posted by The Chisler at 17:49 No comments: 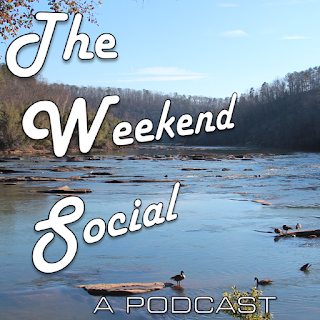 The Chisler and new co-host, E-Money, introduce themselves and discuss life in Roswell, the Chisler’s 4-year podcasting hiatus, the Happening and Honey Badger, the Duggar’s $1.8 million flip, the Quebec Hamburglar, WWE wrestling, Smackdown, Shane McMahon, Xbox, waking up / throwing up to Trump’s America, and wrap the show up with a trivia drinking game. (Follow us on Twitter: @FoChisel and @EmoneyTWS)