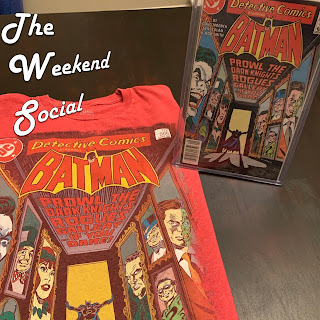 Finally the World Husky Weight Tag Team Podcast Champions return to the audio squared-circle! E-Money and The Chisler are joined by their good friend from Jamaica, ReggaeTron! The three gentlemen discuss another trip around the sun for E-Money, hyping E10, a wrestling belt update, Jamaican Patois, water sports (no, not that kind you sickos), birthday plans, rural viagra, a camel suffering an unfortunate injury at a Truck Stop in Louisiana, stealing quarters, “boasins”, the best dad joke that the Chisler has ever heard, the Chisler’s LOOOOOONG story about what he purchased in Texas (shout out to Randall at Fun Stuff Comics in Katy, Texas), points vs. pints, and Batman and his “super powers”. For the main event, ReggaeTron takes on E-Money in a heads up battle in the classic matchup that hasn’t been seen since Episode 1! Who will reign victorious?! Tune in to find out....

....and keep your eyes and ears peeled for some amazing content in advance of Episode 10 – The OFFICIAL World Podcasting Tag Team Championship Match!