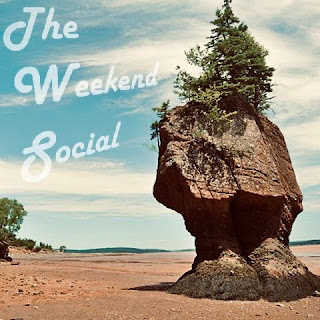 All set to record and our scheduled guest hosts cancel due to an emergency... so what do you do when the grid goes down? E-Money and The Chisler bring out the biggest guns in the Weekend Social arsenal, and ReggaeTron and Mr. Clean save the day! The four discuss marriage, roller skating, surprise snow storms, speaking in code, changes in the seltzer landscape, local music (free plug to Rev. Jeff Mosier), lacrosse games, shout outs to family, unfortunate tattoos, Live PD, Vybz Kartel, whether music can influence kids, a bay with the highest tides in the world, reasons to vote for Bernie Sanders, election predictions, aliens, vile vortices, the new space force, Captain Kirk. The boys face a “try not to laugh” challenge from E-Money, establish the second rule of the Weekend Social, share lighting fart stories, honor Mary Lee and mourn Mr. Peanut. In the main event, the World Husky Weight Tag Team Podcast Championship belts are on the line as Mr. Clean and ReggaeTron attempt to crack the unbeaten, deadliest game in podcasting— Chisler’s List!

Vybz Kartel Lashes Out Again, Says He Is Not Responsible For Crime In Jamaica
https://www.dancehallmag.com/2020/02/17/news/vybz-kartel-lashes-out-again-says-he-is-not-responsible-for-crime-in-jamaica.html

Chasing the World’s Highest Tides: The Bay of Fundy is home of the highest tides on Earth
https://oceanconservancy.org/blog/2018/11/08/chasing-worlds-highest-tides/

100 soldiers will leave the Army for the Space Force sooner than you think
https://taskandpurpose.com/.amp/news/army-space-force